#63: Without it there can be no growth…..but too much will break you 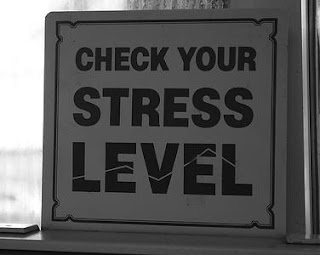 STRESS…..it’s such a huge topic and truly, it’s everywhere.  In my professional role as both Physical Therapist and health/prevention consultant, I’ve lectured on the topic formally on many occasions, whether talking about physical stress to aide recovery or mental stress in the workplace. Informally, I’ve had an almost innumerable number of discussions that are tied back to it……and in those moments, I almost always find myself reiterating the point that stress is not inherently a bad thing worthy of so much fear……it’s really not something to be “avoided”……after all, without it growth & development is largely impossible.  I think it’s easiest to think of it as a force (much like mental gravity) that when managed, controlled and directed, can be a very positive thing in our lives.


Sure, most people think of (and therefor get caught up in) the path of unbridled stress……things like post-traumatic stress disorders are not only real, but very difficult and often scary for those working through them…….and, unfortunately, research has shown that you can get to that same level of difficulty with small doses over a long enough period without adequate recovery (i.e. chronic micro-over-stress)……and to that end, stress is clearly not something to be shrugged off……but, very similar to other “natural” forces (electricity for example) it has just as much potential to be helpful if harnessed as it does to be destructive if it doesn’t.


From a training perspective, this is such an important lesson….truly the key to mastering the long stretches of training needed for success in endurance racing.  For example, one of the emerging methods for tracking training in sports like IronMan distance multisport is termed the Training Stress Score (TSS) and adds up to a Chronic Training Load.  To simplify the concept: without enough training stress…..you can’t/won’t achieve your goals…..with too much (i.e. training stress overdose), you blow-up.


Pretty simple right?
Conceptually simple, yes, but by the time you add in all of the other stressors in life that compete for the same (often, very limited) available recovery time…..keeping things balanced…..or more accurately, slightly off balance to just the right degree……can be tricky.


Editorial admission: In full disclosure, and perhaps not surprising to anyone who knows me, the stress “balance” has never truly been “equal” for me…..and, candidly, I don’t expect or want it to be (I’m a believer that perfect balance means stand-still…..and if you’re standing still you’re losing ground in most situations)….but it can get too far out of balance….which isn’t good either.


Sooo….over the last two weeks, I’ve had to nudge the scales back the other direction as, evidenced by a post-stressor cold (for a person that rarely gets ill, a cold is a good warning sign), things had tipped to the over-stressed side of the equation a bit too far.


Sure, this was justified…..Lindsay and I, after 5 months, finally closed on our new house last Friday and over the next roughly 60 hours, worked hard to take it from house to home in time for the kids to sleep in their beds and get to school on time the following Monday……it was not an entirely successful effort (house to home will obviously take a WHILE) but it was functional and by Sunday evening, I crawled into bed exhausted, but relieved, the welcome sensation of stress being lifted…..and by Monday evening…..I had a cold.  CLASSIC response of my overstressed system to this stress let-down.


So where do things shake out from a training perspective?


The last two weeks I’ve backed down some on the intensity (week 1) and gone to short sessions initially, adding back in some short-intense burst workouts when I felt like I could handle them…..i.e. not allowing myself to go into total shutdown rest mode…..but pulling back on the volume enough to move through recovery quickly and actively.


Given the unplanned curve in my training plan, I’m not surprised that my “grades” have suffered some…..but by taking things deliberately, I feel like I’ve put myself in position to be back up to speed quickly.  I had 3 solid training sessions at the end of this week (a pyramid strength workout on the bike, a swim-run brick which I almost never do and a longer bike-run brick with power/tempo bursts during each session).  I’m still not 100%


Fuel (Nutrition): B Slipped a little, but generally in check

Recover (Physiologic Stressors): C- took a slap across the face to pay attention, but ultimately I listened…..body is sore but responsive, upper respiratory stuff is on the mend and I’ve managed to steal some extra sleep which is NEVER a bad thing.


PSYCHOLOGY
Endure (Mindset): B+ mentally fine….cagey almost from the sudden decrease in training…..but that’ll make me hungry to jump back in when I can.  Also, starting to listen to Macca’s audiobook (thanks Chris B)…..which of course has me all juiced up.


Connect: B+ Of course added recovery (forced as it may be)….means more time to spend connecting with those that matter.


METHODOLOGY
Quality of effort: B- Sessions were short, but I was focused……the limiter for me is getting them into my tracker….a primary objective for February.

So, I wind up with a C for the week…..passable, and with plenty of time to correct, but a good warning shot that I’ve paid attention to.


Where do I go from here?


The most pressing objective for me is plan refinement and tracking.  To move from just getting sessions with general objectives in to planning out my specific training objectives, tracking the sessions and analyzing if the objectives were met.  This is always tedious at first, but hugely helpful.  I’m going to continue learning about the TSS model as it makes a ton of sense to me…..but for now, it’s planning and tracking all the way.