#76: This weeble wobbles but doesn’t fall down 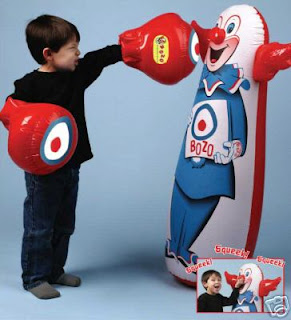 It was a bounce back week for me……my first gut check of this training season…..after feeling pretty good and being forced to (yet again) learn the lesson that one is NEVER to tempt fate by saying this out loud or in blog form, I was faced with the opportunity to be the clown that keeps coming back for another punch in the face and yet find a way to keep that silly smile on my face……yes…..let’s be clear, I am the clown in this picture…..but hope to at some point be the kid with the monstrous gloves.


Monday I got back in the pool to see how much I deteriorated with a(nother) week off from the pool.  It wasn’t a complete debacle, but it was close.  My form was really unnatural…..that is…..more really unnatural than it already is.  My balance in the water was super-screwy and I just couldn’t find a rhythm……but I put some time in and was glad I did.


Tuesday I was doing some kid-chasing, but was able to get nearly 30 miles on the bike in and felt a little weak, but after reviewing the ride-data, it was better than it felt.


Wednesday I was able to get a short run and a short swim in as well.  This was a good thing, but again, the quality was fair.


Thursday I went out and did some hill work on the bike and it was tough…..but it felt good to work hard.


Friday I needed to do some miles on foot and managed to put in a bit more than 15 miles.  It was my first hot and humid run and I definitely wilted some.  Felt pretty good for the first 12, but struggled for the final three.  Need to keep working toward heat acclimation. 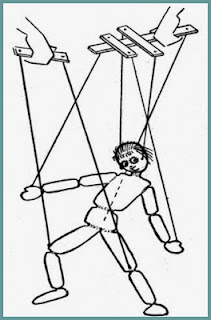 Saturday I was on the blitz.  It stared with kid #2’s communion ceremony…..she was VERY proud to have the spotlight a little and we of course were very proud of her.  We celebrated a little and then jumped in the car to head north to try and catch Nick finish the NorthFace 50 mi Endurance Challenge in Bear Mountain.  He was ahead of pace and I wasn’t sure we were going to make it so we hustled…..but got there.  It was pretty cool to watch some of the various racers (marathon, 50K and 50 mi) make their way toward to the finish.  We watched one guy come in who had clearly pushed himself to his limit, as he high-stepped (involuntarily) toward the finish on some really wobbly legs.  I smiled a little to myself as I thought about how much he looked like a marionette…..but after 50 miles, I’m pretty sure, I’d be happy to look that good.


A little while later, a few of the top women came through the finish……serious athletes……with physiques that made many of the men look a bit, uh, feeble.


Then after a few more minutes we saw Nick coming toward the finish, with an actual smile on his face.  Not the I’m in pain and trying to muster it up smile either…..an actual smile.  We sent Andrew out to give him a high-five and realized (as the 5 year old cut in front of a man who had just run 50 miles making him stop short) that maybe our instructions were a bit vague.  Nick nimbly changed direction and got across the finish meeting his goal of a sub-11 hour race.  Pretty impressive…..check out the video clip HERE  – we bolted soon thereafter and I dropped the kids and went straight to the pool for an endurance swim…..55 laps.  A little boring, but needed to get done and at a pace I was happy with for this point in training.  Not fast enough…..but moving in the right direction.

Today (Sunday): was the test of whether or not things were back on track.  I had planned on catching up with a few guys for a 8 mile run, but needed to get a solid ride in beforehand.  This would be the longest run (off a longer ride) I’ve done in a while and I wasn’t sure how fast we’d be running so I took the ride out easy with the emphasis on cadence and easy gearing.  I was happy to see that my average pace was still solid and I got off the bike feeling pretty strong.  Ran at a reasonable pace and besides still not quite figuring out the best nutritional strategy (one of my top goals), the 8 miles went by quickly and I wasn’t nearly as shot.  Positive.

WHERE FROM HERE?
Need to increase the bike miles, but the swim and run are pretty solid and could stay flat.  Wouldn’t hurt to get in some strength and flexibility as well if possible.  With the increase in volume and the emphasis on endurance, there’s no doubt I’m losing some strength.
Need to keep working on strength and endurance for another month during this “build” phase before moving to “power” in early June.  This means continued emphasis on building up my mileage and hours as well as starting to work toward greater sustained pace and lactate threshold.  With any luck I’ll get in my first century-ride (100 miler) of the season and bring up my long run to 17 miles prior to the first race of the season on the 19th.  The trick now is to get that done.

Coming up for another punch,