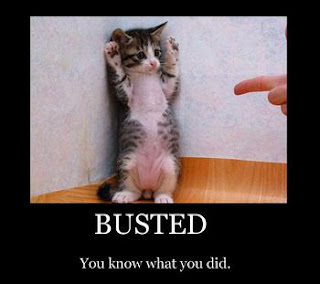 This week was a bust…..plain and simple. It was as if I had said “what could I possibly do to derail my training”…..after all, things (as I fatefully dared to write last week) were going well so why not set myself back a bunch all in one hit right?


This was supposed to be lovely week 4 of the up 3, down 1 training method……and who doesn’t like a down week?  You get to take your foot off the accelerator in your training, recover a little bit and refresh for another hard 3 weeks.  After last hard brick on Saturday and Sunday’s long swim session I was feeling ready to focus on the swim and run w/reduced volume while my bike went in the shop for a tune up until……


STICK WITH WHAT YOU KNOW: 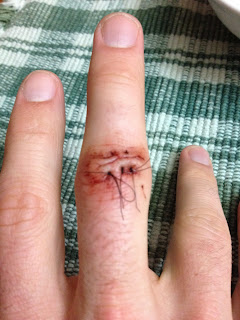 At BaseCamp31 we have been dealing with a few of those annoying “building ownership issues” that go w/the territory and one, which would require some floor tile removal has been a particularly long, drawn out PITA.  So like any “self-directed” person with some time on his hands (training volume down remember) I took matters into my own hands…..literally.  After breaking up and removing some of the chards of tile, I went in for another smack of the hammer and felt a pinch in my R 3rd (middle) finger.  “Ouch” – I looked down to see a nice hold in my knuckle.  Now having been a person who has had enough sutures to be a pro, I’m fond of just performing home-surgery with surgical glue, but this time there was no denying…..sutures it was.  I drove over to the local urgent-care and got through what seemed like a long time (making the bet that it would be less than the ER) and the doc came in an pulled me back together literally.  I think they were expecting me to be a little more emotional or something b/c they all seemed tentative. The nurse even asked me “are you ready?” before she gave me a tetanus shot……or maybe it was because she knew I’d be more sore from that than the gash and was taking pity on me?  Dunno; but after a couple of days of tenderness, instructions to take antibiotics and no water for several days and everything was on the mend…….annoying setback…..but on the mend.  Bottom line is that if you’re left handed and NOT someone who works with your hands very often, you should probably pay someone else to do it…..or at very least WEAR GLOVES STUPID! 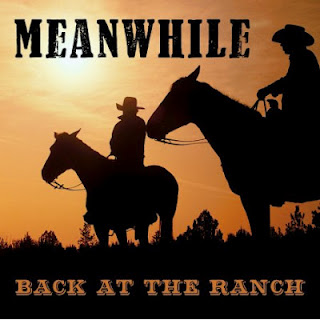 After dropping my bike off for planned service, I was now down to run only training, which of course has to be tempered with not leaving the legs so beat that you make things worse……and so I was relegated to a whopping 16 miles of running prior to the weekend……no biking, no swimming……just 16 miles.


To complicate the situation training was blocked on Saturday for a professional conference which left me with a brief window today.  The good news is that the bike was back, looking shiny and riding smoothly.  The bad news is, I had only 2.5 hours to squeeze in whatever I could today.  Seems funny to say, but 2.5 hours of exercise on a weekend at this point is almost nothing……but we press on.


STATS FOR THE WEEK:
Well, this is a pretty short story unfortunately – but I guess something is better than nothing:


WHERE FROM HERE?
Well, the simple answer is….”up” of course, it’s sort of the only feasible direction really. But there is some solace in the fact that my training stress balance has restored to slightly greater than neutral which (in short) means that my body has gotten the benefit of the time off and is ready to get back in the swing of things.  This time last week, I was at a score of -33 (ouch), but now I’m at +5.5, so that’s something positive out of the rubble of the week…..and perhaps not surprisingly, today’s workout felt very strong.  I took the bike portion easy and still averaged nearly race pace and then got off and ran at a pace more than a minute per mile faster than last week’s brick.  Sure it was a longer bike last week, and it was hotter, but my legs felt so fresh after a virtual week off…….it’s important that I build on that and have a strong week, which isn’t going to be easy…..but  that’s the game right?