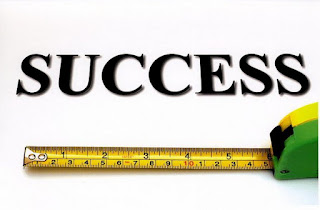 I used to think I was born in the wrong era, that it might have been better if I was born in the time when people had to build their homes by hand, or manually plow fields or some other physical beat-down on a daily basis to sop up my energy…..Admittedly, I love the sense of giving everything I’ve got and then resting fully at the end of a hard day.  It’s more like a “shutting down” than a slow relaxing ride into dreamland, but it’s feeling of accomplishment.
For a while, I almost believed that this “energy” was some sort of innate gift (or curse) that was bestowed on me….some type of genetic trait that was passed down…..certainly my maternal grandfather hustled most of his life (and continues today in his own right) and my mom’s need to be doing something…..anything in some cases…..is apparent to most people that know her.  Every once in a while, when Lindsay would offer me the “you’re just different” (the kinder-gentler version of the “face it, you’re crazy”) explanation when my frustration at the delays in life, would bubble over I’d actually buy into it a little……but then it started to change.
When I ran my first road race in Philadelphia in 2008 (marathon) and saw the literally thousands of people who committed to the same kind of energy-draining training I had done, and more so, the many racers who had strung years of base-building upon base-building to easily best my relative youth and “energy” that day, I knew it was far more nurture than nature…..they had cultivated energy and grew their success in a painstaking way over time.
I think missing my goal that day, utter failure (in my own eyes), may well have been the best thing that could have happened to me, because, being a competitive sort, I wanted nothing more than to try again……and I did…….and I failed…..AGAIN 6 weeks later…..and it stung.
Is the most powerful force in the universe consistency?
It was at that point that I realized that not unlike anything else in life, there was not going to be a quick and easy WAY to do this, and that simply applying my “natural” energy to running was not necessarily going to result in the personal achievement I was after…… 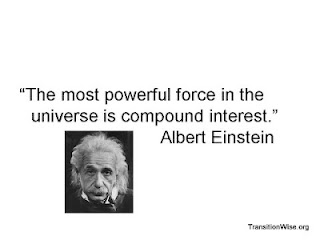 Achievement in multisport, not unlike business or life, is not always about who can push harder (alone)…..but most often seems to be about the balance of working hard “enough” AND consistently “enough” all while minimizing the expense of fatigue (physical or mental or emotional) to get a compounding effect; and for me, this is much closer to a game of chess than a world’s strongest man competition.
Attempting to think two or three moves ahead and finding ways to be consistent with what’s important and letting go what isn’t has been great exercise for me……knowing when pushing hard will result in a benefit vs. when it will draw on my energy account and drain me too deeply for my next segment has been a hard thing to learn…….but such a great learning experience; finding a way to let the failures sting only long enough to keep me focused on finding a better plan has been powerful for me;  Getting excited about the little wins and building on them has too…..
This week I’ve been thinking a lot about how this applies to many of life’s fronts which ultimately culminated in a late evening discussion w/Eric over a few glasses of wine the night before he headed north for his second running of the Boston Marathon……in a training season which seemed a little forced for him.
The conversation was, as they often are, peppered with work-related as well as training-related as well as life-related components……and even though Eric is so focused that he sometimes struggles to take his foot off the accelerator, I was really happy to hear in his voice the sound of someone who was ready to let the day in Beantown unfold and enjoy a race that is soooo wildly popular and soooo difficult to get into by normal standards that it is historical each and every time it’s run……and if it takes the reality of an unseasonably hot race day to force this “letting go”, I so hope for him that he does…….I’m sure it’ll have a compounding effect for him.
A solid week
From a training perspective, this week’s was solid for me, with 11.5 hours in so far, and with any luck a short easy run this evening to bring me up to 12 hours which is just about where I wanted to be.
Also got a chance to test myself on a 50+ mile bike course with a reasonable amount of wind and was excited to check on my data-points and find that even with more climbing than I’ll see on Ironman US Championships course I was able to meet my “checkpoint” goal of >20 mph.  Solid progress.
Where from here?
This coming week needs to be a good training effort for me.  My main focus is to get at least 3 swims and 3 solid efforts on the bike (so far weather looks supportive)……even if this means I let the total run miles slip a little, it needs to be a big bike week and consistent swim week….the final step up before a recovery week and only 4 weeks out from the beginning of my racing season.
Plenty of time to nurture….plenty of room to grow,
Mike E.