#58: It’s the most wonderful time of the year….back to base-ics.

OK, Christmas time is pretty spectacular for most folks, it brings the kid out in many, generosity out in most and (hopefully) a spirit of optimism and renewal in all…..but this time, I was referring to something a little more blog-specific……when it comes to my Red-iculous effort, this too is the most wonderful time of the year.


Over the last week, I’ve come down from the post-race high of last week’s marathon PR and although it’s been a sprint to the 2011 finish professionally, it’s been all about regrouping, strategizing and planning out the next phase of training on the endurance racing front; which if done well will result in another solid jump forward toward my primary goal of an age-group qualified spot at Ironman World Championships in Hawaii.


“Give the laziest person the hardest job…..and he’ll find the easiest way to do it”

One of my favorite quotes….and often in my professional work (physical therapist & prevention consultant) I find much truth in it.   I am often faced with the engineering aspect of preventing injury and illness (Ergonomics, i.e. maximizing human and system performance through user-centered system design) but I think this may be why I find myself so drawn to Triathlon…..because there are so many aspects that require tinkering with the system (positioning, design, aerodynamics, fueling, etc) to maximize efficiency…..so many little details, especially in ultra-distance (given the amount of time the system has to run) that can drastically change the outcome.


It was about one year ago that I started writing this blog to document my progress with that singular (albeit lofty) goal in mind…..A goal to do something truly extraordinary…..by definition something that very few people will contemplate, even fewer will aspire to and fewer yet will complete……in our local endurance-racing language, the Red-iculous; and despite a very ordinary biological “platform” to build on, here I am behind the computer with a year of experience under my belt having made a solid step in the right direction (from middle of the pack to generally top-quartile), but not “there” (top 1%) yet.


Going back to the well……


This has been about science and art for me….not just blind-follow of any one training plan or method, but about learning and applying the process and finding what works (science) and what I can make work for me (art).  To that end, I’ve been thinking a lot about the “keys to success” so far, that will absolutely find prominence in my training efforts in 2012…..my own little “good-list” so to speak.  First up?


Being a total geek, I did my research and the computrainer by RacerMate Inc kept popping up. 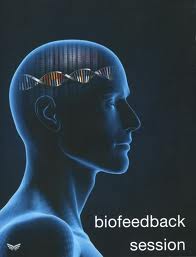 But the thing that really put me over the top…….since this was about learning the process and building a racing machine from the ground up…..was the idea of real-time biofeedback that gave pedal-stroke efficiency information…..what computrainer calls “SpinScan”.
Having had more than a decade of professional experience in the realms of “motor-learning” i.e. teaching brains & bodies to learn and relearn proper movement patterns, I knew that learning to do it the “right way” and getting thousands of reps to ultimately imprint my nervous system with those correct patterns was by far the best chance I had to quickly learn how to be a decent cyclist (technically), which would be far more important at the ultra-distance than being power-masher in the short term.  I always had relatively powerful legs, but ultra-distance as far as I could tell, was more about what what you “didn’t lose” over the course of the event than what you had at the starting line.  Truly a game of system efficiency.

Getting a little caught up on the price tag I wasn’t sure I could swing it and began to doubt even what I knew was right…..could this thing really be THAT good?  Sure it came with plenty of rock-star endorsements and a long track record for the pros, but what about for the everyman….would it really make that much of a difference for me?


I settled on a toe-in-the-water approach and picked a used one up on eBay…..and, looking back a year later…..it was hands-down the best training investment I’ve made to date.  Wow, pretty big claim for a guy that bought a new bike, rented racing wheels, got some “aero” gear, continues to experiment with the right nutrition strategy, etc right?

Here’s my logic….in 2010 I did my very first triathlon, the NJ State Oly.  For a guy with ZERO cycling experience (beyond experience as a  kid with a bike growing up).  Left to my own training methods and what I could quickly learn, I was able to bike somewhere near the top 1/3rd of finishers on that day.  Not terrible, for a first-timer, I thought, but I definitely couldn’t be satisfied (given my goals).


After a winter of sweating it out to movies, music and a host of other media while compu-training a few times a week which generally entailed a long session (often the IM St. Geo real-course vid), one threshold-power session and one spin-scan/cadence session I returned to NJ State Oly and was able to:

It actually got so much work that I nearly sweat-it to death at one point (short circuited it, but the resilient little unit bounce back…..whew!).  It made such a difference in my performance that as our contingent of triathletes and cyclists (whether coming in for therapy or joining our PACER endurance team) increases, I’ve been lobbying hard for the purchase of a few more units.  Not sure we have the numbers to swing it quite yet, but there is no doubt, if I can make a similar jump this winter as I did last……I’ll be MUCH closer to the end-goal.
So yesterday, I pulled the trainer out and in the next few weeks after my couple of weeks recovery…..it’s time to add another base-layer……and the craziest part?  From a guy who loves being outdoors…..I’m really looking forward to getting back in the saddle.
Not sure if I’ll carve out the time to blog next Sunday (do bloggers take holidays?) but either way……even though it hasn’t been Red-iculous yet, it’s been a great ride so far and I can’t wait to see what the next 58 episodes bring!  Thank you for being with me on this part of my journey.
Merry Christmas to you and your family,
Mike E.
____________________________
Did I already share this one?  Be careful, it gets under your skin?