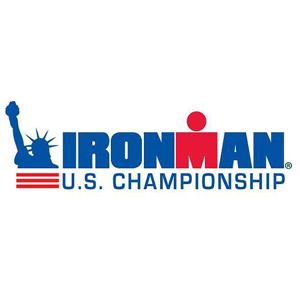 Did you ever have something that you worked really really hard at?  Something that you wanted and you could almost taste, touch and smell but it seemed to just stay out of your grasp?  Me too, and that pretty much caps this chapter of the Red-iculous effort.  Significant progress…..but not yet achievement.  Ugh!  But a solid journey…..so here’s how it went.

It was a really early day…..get up, dressed, something light in the stomach, top off the blood-sugar and get on the ferries going “up river”.  No real curveballs here, all went according to plan, I was pretty well prepared and felt surprisingly calm.  I was a little worried about the ferry rides, I haven’t been on them in a while and the last thing I wanted to was to find out that they made me motion sick…..thankfully I found a seat far enough away from the diesel fumes and with enough open air to feel decent.  We eventually made our way to transition and I went through my normal routine…..for a few minutes anyway.  I got my bike off the rack and gave it a quick once over and got in the “air line”.  I stood there for a few minutes and realized that one poor woman was really struggling and that the line was not moving at all (I’m pretty sure she had a flat on the bike course…..so something was definitely was messed up).  Finally, after several more minutes and feeling my frustration rise when “calm” is the order of the morning, I got back out of line and decided to alter my routine with bag checks and re-checks, sipping some fluids with the hope that I’d have enough time to put some air in……I circled around the transition area and ran into Justin who greeted me with a big smile and told me that Lindsay and Lauryn were right behind him.  This was an unexpected treat for me and we snapped a picture and I moved on.  As the messages of “get out of transition” started to resound over the PA system I hurried back, found a pump and put some air in the tires (glad I did, they were lower than I thought), and got in line for the swim start ferries……some foreshadowing perhaps…..because with the sun coming up I was starting to sweat.  I found Chris and Nisim and we chatted and passed the time until we were prodded onto the next ferry……the one that was going 2.4 miles upstream.

7 AM – it starts
We were one of the last boats to unload, so we got to watch some of the race start, including the pros who were moving very very fast…..hooray for swimming in a river…..even if it was a river that had millions of gallons of raw sewage dumping into it only a few days prior.  We made our way down the ramp, I crossed the timing mat, looked down to make sure I wasn’t going to jump on anyone and splash…..in the drink and swimming.  As usual the first few hundred yards were faster than I could sustain, but after the adrenaline wore off I was determined to swim steady…….that of course was my mantra for the day…….steady and smart.  I continued to move along well and things were going fine…….I was really hoping to see the buoys change from yellow to orange (which they told us occurred at the 1/2 way point) and eventually they did.  It wasn’t much further until I could tell my arms were fatiguing enough for me to lose form because that’s when the zig-zagging started.  I’d lose the buoys for a while and then get back on course…..then repeat.  I’m sure it cost me a few minutes, but it was OK, because the goal was to stay easy and I did.  I never felt panicky or over-done a very good thing.  I eventually got to within a visual of the transition area and kept moving that way…….I knew I was getting close b/c all of the sudden the water went from green and semi-visable to brown, cloudy and totally opaque……”just get there” I said to myself and eventually found someone in a blue shirt who was 1/2 in the water reaching out his hand.  It was only 1 second later, when my feet sunk into 2 feet of mud that I realized how much I instantly appreciated him.  Into transition I went, grabbed my bag and started to focus on the bike.

Palisades Parkway North (in the southbound lanes)
I made it through transition fairly well and got on my bike…..I instantly heard the squeaking of my (rented) race tire as I pushed up the hill……”OH NO!  I’m not going to be that guy am I?  The guy with the annoying squeaky wheel?  I remember him in Rhode Island”  Well, I was, but thankfully only when pushing an easy gear with force…..because once we got out of town and onto the Palisades, I was off and feeling good.  I took a glance at my heart rate and it was settling in where I wanted it…….time to get to business.  I had the urge to GO…..but I didn’t…..I held back but was still moving pretty well……right where I wanted to be…..almost easier than I had expected.  More foreshadowing?

At about mile 20 there were several expansion lines in the concrete that were now far enough apart that they were pretty bumpy.  People were losing bottles and gear all over the place and there were more than a few flats.  I stayed focused on the task and all was well until…..snap…….thud…….I heard my bottle fly out.   “DARN” I yelled (Ok, perhaps it was a bit less G-rated) realizing that my entire nutrition plan had just literally flown off my bike.  I regrouped and started doing some calorie math in my head.  I was going to have to switch to GU packs (about 100 cals per) until I could get to mile 56 where I could grab my back-up bottle……which had far less calories in it (about 600-800 less).  All seemed to be going OK and my pace and heart rate continued to do well and I was passing a lot of folks marching toward the front of the ride.  At the turn I grabbed some water and heard “GO MIKE EISENHART” and looked back to see Luis L, a friend from a client-site who is also a triathlete, with a huge encouraging smile on his face.  What a great boost…….it was at that point that I realized I had miscalculated and was expecting to see them at a different stop.  I looked back and saw another triathlete-friend Ray, but couldn’t get his attention……and off I went, making solid time and feeling great.

Cue the headwinds…..
It wasn’t until mile 95-ish that I started to feel a nice head wind….definite foreshadowing there; I was riding in a pack that was making a nice slice through the course and all was well, the problem was that I was all out of calories at this point and was really afraid to put in a bunch of GU packs so close to the run-start in fear that I’d redo the St. George stomach blow-up I had in May of 2011 of being dehydrated + over-heated…..so I let my mini-pack go and my pace dropped to what felt easy in hopes to be fresh(er) off the bike….by mile 107 I was starting to feel depleted, far more than I should have been and stuck in fueling no-mans-land from a timing perspective.  I had to make a call there and I opted NOT to force down the calories…..which as it turns out, may have been my fatal error…….I finished the bike, but was feeling a lot less strong than I had hoped and was now weighing all of the variables I was faced with (in addition to going 26.2 miles):