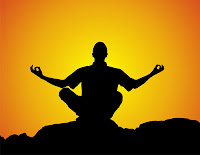 With only 1 week of training left before race-week, this week was about final touches, race-simulations and the beginning of final prep.  This portion of the training is really NOT about coasting into the starting line, despite how tempting it is to do so……(to me) it’s about arriving at the starting line healthy, strong, confident and ready to lay it out there.


That of course sounds wonderful……however the more I compete in these longer races, with this by my definition (anything over 4 hours in multisport or 3 hours in one sport alone) being my seventh (marathon x3, 1/2 Ironman x 2, Ironman x 1), the more I realize that this relatively short 2-3 weeks known as “peaking” is so important, and one that I’m still learning.

On the “final touches” of training end of the equation – the week was pretty straight forward:
And then there was humidity
On the horizon
I need to get my swims in and two more race-simulations….and probably a few short burst workouts just to keep me near the peak…..
But perhaps more importantly, this week starts “race-week” and one week from now, I hope to be sitting here typing about how I executed a tactically perfect race……that I was able to use all of the stored energy and all of the lessons learned along the way to crush last year’s time and put myself in position to achieve my ultimate goal of a qualifying time for Ironman World Championship in the fall.  Of course, you never do know, but I feel like I’m pretty close…..about where I had hoped to be……it’s time to get the final prep done and focus on execution.
Almost ready to get excited,
Mike E.