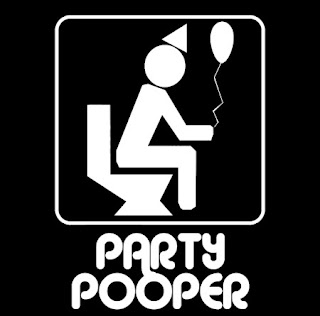 Last week I was headed out the door to go get some footage of my swimming caught on tape.  If you’ve read along, you know that my swimming is a definite limiter…..lots of room to improve.  Part of the reason of course is b/c I never really learned to swim for speed growing up……never participated on a swim team, so it’s like learning a new skill.


What I’m finding about swimming though is that it is at least as much skill as it is sport….figuring out the lowest energy cost and most streamlined position means a lot.  Over the last 2 years I’ve been able to make some steady improvements going from someone who was able to get from point A to point B with a lot of effort to someone who is able to get there with a little less churn, but the real goal is to slice through the water with the lowest possible level of resistance.  The physics seem pretty simple in concept:  the thicker the medium, the more resistance matters; and since water is thicker than air, being “aero” is not only important on the bike…..it is perhaps MORE important in the water.  Different term…..but same concept.


So I walked out the door ready to learn a few things, got to the pool and despite a CRAZY-busy scene including a kid birthday party, lifeguard training, a couple of people doing fitness work and a couple people slowly wading, I was able to get a lane and got in for about a 10 minute warm-up, expecting Chris (camera-man/coach-for-the-day) any minute…..and then it happened.  “Excuse me sir…..you’ll need to get out”.  Huh?


As it turns out, there was a party pooper…..literally; an auto clear-out for 90 minutes prior to any video…..and that was the end of that, a reschedule needed, but the goal for the week remained:  Test each discipline, start tracking my sessions much closer and start getting ready to move into formal training mode.


Monday – back to the pool for a 1000 m time trial.  This basically means, go as fast as you can for 20 laps (2/3 mile). The bad news is that this still isn’t fun.  The good news is, that compared to last year, I’ve increased my speed by about 17%.  This is satisfying, but I’m not satisfied.  Still a long way to go, but it gets me a big step closer to my goal.


Tuesday – it was onto the bike trainer for an “hour of power” test.  This is truly a miserable test….go has hard as you can (in terms of power) for 60 full minutes.  The idea is to establish your “functional threshold power”….i.e. how many watts can you push for a steady effort.  I’ve not previously done the test this way, so I’m not entirely sure if I performed well or not.  I’ll have to go back and do a 10 mile time-trial on the trainer to be sure.


Wednesday – I managed to squeeze in a +/- 6 miler while one of the kids was at practice. I was pleased with the pace as it was a rolling course with plenty of grade to challenge me and I felt solid throughout.


Thursday –  I took the day off after the 3 tough workouts earlier in the week.


Friday – It was off for another run, this time 8+ miles, this time a hill workout……but the goal was to go out slow and steady….which I did….at least until a good song came on.


Head-games or Runner’s High?  Who cares?

I’ve largely weaned myself off of the iPod while running (since they’re not allowed on the triathlon course), but sometimes on my longer runs I’ll take one just to allow myself to be absorbed by the run.  So there I was, finishing up a nice downhill when a really uplifting song came on……and I found myself head-up, smiling and running uphill with a sense of ease….faster than I did downhill.  I don’t know why, but the song, combined with the afternoon sun and the very little shoulder with cars whizzing by just worked for me….my legs felt light and great…..like I could run all day.


I’m sure people driving by (the ones who almost ran me off the road) were wondering what was wrong with me……big ol’ smile plastered on my face…..I actually found myself thinking about how funny I must have looked…..that uncontainable energy, like an Irish Setter that was just let off its leash…..call it a runner’s high or whatever you want….if I can only find out how to push those buttons at will……it’d come in pretty handy on raceday.


Saturday – was basically a washout, with kid activities all day.


Sunday – it was back to the pool, this time for a set and some footage, which Chris was gracious enough to make a second attempt at, this time after doing a 20 mile run.  Too early to tell how many various form errors we found…..but we tackled one right off the bat.


“Your kick is pretty awful”……ok, he didn’t use those words, he’s much too polite for that, but it turns out it’s a major area for improvement……something to work at for the next few weeks.  After a few attempts, I got closer…and, admittedly, it seemed like moving through the water was more smooth…..cool….can’t wait to see it on the tape.


Fuel (Nutrition & Hydration): B+ Best week in a while on both areas

Recover (Physiologic Stressors): B Tired by the end of the week, but good tired.


PSYCHOLOGY
Endure (Mindset): B With the intensity of the testing, comes a few days off……this keeps me hungry….knowing I could be doing more.  It won’t be long until I’m back to bigger, longer and more intense sessions….so I’m trying enjoy the relatively short burst training.


Connect: B Some chaos early in the week…..but getting more organized is a good thing.


METHODOLOGY
Quality of effort: B+ Felt good about this…..got my workouts in a training log and am starting to get back in the habit of doing.  Feel like things are starting to get into line for more formal training.

B for the week…..which is pretty good, but still not sure I know what an “A” week looks like….got to get there soon.


Next up is to start bringing up the volume……somewhere around 12-15 hours this week if possible would be great. Not sure it’s doable, but I need to start getting there.  I’ll continue to work the intensity where I can’t put in the duration, so at least 1 “long” session for each discipline and then patch in what I can.


Have a great week,