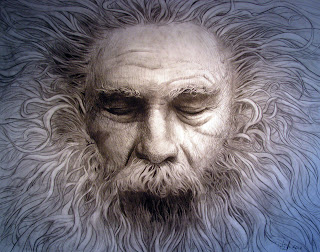 Yes, it’s that time of year again…..when I am reminded that another year has gotten away and I still haven’t taken over the world.  Ugh!  Not exactly the kind of thing that earns respect in the eyes of my mad-scientist brethren…..but it is what it is…..time does fly by (for example, it’s been almost a month since my last “weekly” post……at some point I’ll find the discipline to get back on my routine).  Anyway, Happy Birthday to me.

Since the last day-of-ME (get it, ME?) a lot has happened on all of life’s fronts; and although a little amazed how much can happen in a year, I’m never quite surprised any more.  We are starting to see the fruits of our labor on the professional front with larger and larger numbers of people taking control of their health and starting to achieve their goals; on the home front my kids are growing by the day and making progress toward their own goals and me a proud-Dad along the way; and on the training front, I posted personal bests in every distance I raced……but the work is not done…..and although I’m not sure it really ever is, I know I’ve made a leap in the right direction…..that’s the good news.

The somewhat less inspring news is that I’m not nearly as clear on where I’m going as where I’ve been.  This time last year it all seemed so clear to me…..my goal was to work really hard, qualify for the big dance in Kona and use the experience as a great chance to learn and share with others……and to be clear, I’ve not given up on it…..not by a long shot.  However, I’m starting to wonder if there are a few plot twists coming.

Last year in the fall, I crossed paths with someone who I don’t know if I’ve ever met before but he seemed to know me.  He had heard me speak at a corporate client-site and had read some of the communications I had written (either this blog or similar) and knew I had been training for the Ironman.  He asked me how the race went and I told him that I was happy with it but far from satisfied, he told me congrats and then asked me how much time I spent training…….after the answer, he looked me in the eye and the next thing he said took me back a step.

“wow, that’s a lot of time you spend training for such an event.  I guess I wonder how much good you could do if you put that time and energy into something that really helped others”.

I don’t think he meant it maliciously…….but in that moment he stopped me…..and I thought about whether the Red-iculous effort was just some selfish quest…..I thought a lot about it that day and I concluded that it wasn’t.  Pushing myself to my limits has been a very good way of helping others to see that their own limits are surmountable and that they too can push against them.  Racing is living the ENDURE part of the work that we do….the long-term focus, the grittiness that gets us to the other side of life’s chasms.  And I was OK with that……

And then last night (birthday-eve into birthday), I had a vivid dream……something that I don’t do nearly as much lately.  I was dressed in a suit and tie (which is odd in itself) and I walked up to a bus stop where a little old couple sat on a bench tightly clinging to one another.  There was another woman sitting near them talking to them.  Her uniform said she was an intern at the nearby hospital and she was desperately trying to get these folks to come with her.  After asking if everything was OK I learned that she thought the couple was lost and wanted to make sure they were OK.  I tried to intervene and made a little progress in gaining the trust of the two folks who I now also believed to be lost or confused or both…..but I didn’t get anywhere really substantial.  My bus had arrived for the dinner I was supposed to be at and I gave the intern my cell phone number and promised to make a few calls, I got on my bus (apparently wherever I was going there was only bus transport to get there…..weird) and went.  The next thing I knew, which I think was the next morning, I was getting what could only be described as scolded by a nurse or social worker from a local hospital who was questioning how I could just walk away from the situation……and asking me if I believed I should’ve done more.  It went on for a few minutes that way and then at 3AM on my birthday, I woke up wondering if I should be doing more……it bothered me.

The answer is, I don’t really know……but I’m open to keep working hard, looking for wisdom in life’s lessons.  In an effort to not take myself too seriously and after thoroughly enjoying “Rock of Ages” in NYC which was Lindsay’s gift to me (inclusive of a jello-shot for old-times’ sake), I guess it’s only fitting to leave this episode with the imortal words of Whitesnake, who featured prominently in the show:

I don’t know where I’m goin
But I sure know where I’ve been
Hanging on the promises in songs of yesterday.
An’ I’ve made up my mind, I ain’t wasting no more time
But here I go again,
Tho’ I keep searching for an answer
I never seem to find what I’m looking for.
Oh Lord, I pray you give me strength to carry on
‘Cause I know what it means to walk along the lonely street of dreams.