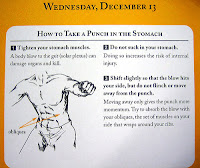 Hooray!  March is here….and although it’s been here for 11 days, I’ve decided it’s time to write something…..it being more than 2 weeks since my last post and all.  Well, I’m excited to say that March is underway.  I sort of knew February was going to be tough…..it might be the most hated month.  Cold, dark, etc – something that usually doesn’t bother me all that much, but this year – tough one.  Of course, like most things, it was something I brought upon myself…..being ambitious and all I took on a few extra projects professionally and (as it turned out) they all seemed to stack up around late February.  It was the kind of energy-sapping, mind-numbing thing that was nearly a death-blow to my training, although every time I squeezed in a short effort I was happy I did……but now, it’s March and although it started like February ended – more to do than I could possibly handle, it has felt a lot like a turning point over the last 10 days.  Not exactly cornering on a dime, but with some of the projects over, some nearing their end and this past weekend, which after an energy-fueled professional conference where I accepted some recognition as an “innovator in Physical Therapy” on behalf of my team, sang along with some live music at the local Irish bar until past my bedtime, welcomed a new partner to our business structure, watched my daughter score her first goal of the spring season at a soccer game with sun that felt like spring shining on me and got my first trail run of more than 10 miles (12.25 to be exact) in, things are looking much better.

And so it is with the gripping but strangely satisfying soreness in my legs and part of the weight lifted off my shoulders that I’m feeling like I’m almost ready to take that next leap that I’ve been staring at for the last 45 days.

It’s not the demands that kill us, it’s the lack of control over them.