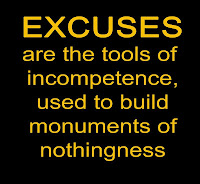 Excuses.  Yep, that’s what I see when I look down from atop the totem pole I’m sitting on.  I just can’t seem to find my training mojo and it’s really getting to me.  It’s not without good reason – it seems like every time I turn around life just keeps getting busier…..because they’re mostly good things, albeit still busier I just keep turning around.  You think I’d learn.  So I figured perhaps if I get all of my barriers out on paper maybe I can revisit and come up with the right plan of attack.  I’m no less committed to my training goals, I’m just getting a little worried I might have to be committed to stay committed (get it?).

Professionally – In addition to the regular craziness of trying to win friends, influence people and help change a few lives along the way (OK, to be fair, if I was being judged on the ‘winning friends’ part, I’d not be looking real well) we are in the midst of some evolution pains at Pro-Activity.  Sort of like growing pains, but more growth & development pains than growing (get bigger) pains.  It takes a lot of work to evolve and grow and we’re knee deep in it……which is a great thing……but it’s a time consumer for sure.  In addition, I’ve taken on a few extra professional duties that through the first quarter of 2013 will keep me hopping and at the moment they seem to have my number. They’re all very good things…..but I’m tired, and as fatigue goes up, motivation goes down……so I need to rest, recover and get organized.

Family – My kids are EVERYWHERE.  No, I’m not claiming to have populated the earth here…..I’m just starting to feel more of the pain of running-kids rather being a runner with kids.  Our three are now old enough that they are going in different directions almost everyday (and winter is the calm season, yikes!) and not right around the corner unfortunately.  Raising “well rounded” kids takes serious effort.  Just a different form of endurance entirely. 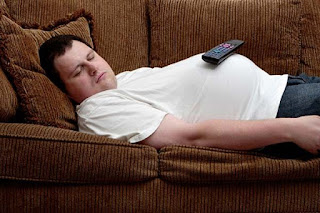 Of course, it’s a bit of a doom loop.  No motivation means no training, which means the stress feels heavier than it should and the motivation wanes……and so on.  It must be obvious…..Lindsay actually bought Ice Cream last week. Yes people, that’s the rich-creamy-tastiness served frozen.  So rare in our house that I’m convinced it MUST mean it’s obvious I’m cracking up….and that she’s clearly an enabler…..Java Chip, which is like my ultimate favorite and rock bottom from a training perspective……now it’s all relative of course, as I’m still getting 3-5 hours in per week…..but that’s pretty low compared to what I’ve been used to for the last two years.  Last Thursday night, I actually found myself doing push-ups in front of the TV.  It felt good to do something……but I haven’t gone swimming in WAY too long (almost as long as it’s been since I could face my blog) and it’s not nearly enough hours on the bike.

So at risk of sounding like people who say “that’s it, I’m going to do it starting now”…..who in my mind are lying to themselves……I’m simply going to say this: 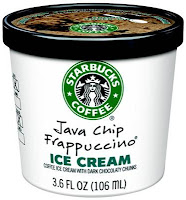 I WILL have some java chip and then I will have some rest.  Because it’s getting very near time to get my crap together.

In the immortal words of MC Hammer:

Ring the bell, school’s back in, break it down,

(ok, the ring the bell comment was for the basecamp folks….now do your jumping jacks)