#82 The line between breakthrough and breakdown 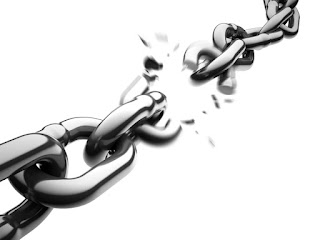 Last week was meant to push me toward a breakthrough, another big step in training and fitness.  It was long on miles, heavy on workload and fatiguing; and as it turned out, there wasn’t enough time in the week.  When I got to the YMCA after writing my last blog entry, I came to realize they close @ 8P on Sunday……so my long swim would have to wait until Monday.  Having a little more time to relax was welcoming, but knowing that I would be doing a little bit of make-up this week wasn’t the best news.


When Monday came, I was able to hit it hard.  I did my long “endurance” effort in the pool, which translated to about an hour of continuous swimming.  I went into the session with the objectives (in order): complete 1 hour continuous, maintain good form, swim at a sub-threshold, but still challenging pace.  Mission accomplished.  I started very easy and built over most of the session until the last 15-ish laps I was going at/near what I would consider an Ironman race effort.  All said this was a success (at catching up for last week) and I was still figuring on a 30-ish mile bike ride…..nothing crazy, just miles.

It went well except the cleat on my R bike shoe finally decided it was ready to retire about 5 miles from my destination and (big PITA) right before I was to go up the steepest portion of the ride.  This is not ideal b/c it left my R foot not securely in the clip and wanting to pop-out every few yards and take a real effort to clip back in.  Pedaling up a steep incline with 1 strong leg and 1 at about 1/2 power due to fear of unclipping and winding up on your head is pretty crappy actually.


In looking back, I’m wondering if this was my payback for frustration @ BlackBear Triathlon with a rider in front of me while we were coming back into the park.  For safety there was a no-pass zone and as I came screaming into the park I had to slow down A LOT so as not to pass in that zone…….I was so frustrated b/c here was this rider ahead of me that was just sort of coasting along clipping and un-clipping her pedal over and over again.  UGH!  My emotions finally got the better of me and my (not so friendly) “Aw C’mon” escaped, well, loudly “enough”.  Having never had this experience I’m now wondering if that was what the rider was dealing with.  I hope not.  Wouldn’t it be ironic if it was that particular racer that pulled up and asked “are you OK?” as I sat there obviously struggling to get started up the steep portion b/c my clip just wouldn’t stay put.

Training at this level is tough on the body, no doubt.  I consider myself very lucky b/c having years of experience in the “what/when/why and how to comeback from” injury business of Physical Therapy I’m pretty good at recognizing when I’m up against a hard spot that might deplete me to the point of injury or illness and when I’m just tired but ok to push through.  That coupled with the suite of analytics I use to keep an eye on my training quality and I feel like I am able to keep a close eye on things.


But overtraining can be a dreaded foe, as many of the hard-fought training victories can easily be erased with an injury or prolonged illness and the body’s ability to fight even the simplest infection when it’s trying to recover from a very hard training effort is significantly suppressed.  Tuesday AM, I was reminded of this:  Looking back the clipping episode on Monday marked the beginning. I ended the ride portion of my swim + bike day at a soccer scrimmage that was cold and windy (not exactly the best recovery environment).

Then, that evening, I made the fatal error for the week, my body’s blue screen of death (for my fellow computer nerds), one that I’ve made so many times but still get wrong every once in a while……I let my body’s arch enemy into the house that night…..having a cool breeze on me at night is my kryptonite; and sure enough, I woke up on Tuesday with a little sniffle.  Doesn’t seem like a big deal, but knowing how I felt physically and knowing that I had been hard at it for 14 days without a break and was running in the negative side of the stress curve pretty substantially, I decided to back it down and take Tuesday off and try to get some rest.  I was wonderful.  I backed that up with a higher intensity and lower duration track session on Wednesday which was tough, but only 35 minutes long which at this point seems like a warm-up…..GLORIOUS.


By Thursday, I was hitting the peak of my feeling run-down.  The cold was losing steam and besides just being plain tired, I decided an easy brick (20 mile on the bike 4.5 run) was the best bet. I felt surprisingly strong on the run portion which is always welcome.


Friday I threw in another rest day to try an rest up for what I knew was a big weekend…..and this weekend did not disappoint.


Saturday I had a pretty solid ride – my first 100 miler of the season.  I found a +/- 34 mile loop and did it 3 times with the first 2 at or better than race pace and then the third significantly slower.  It was a pretty tough ride (about 2000 feet of climbing per lap), but the real objective was to get the right amount of calories and hydration in the system and spend most of the ride in the aerobars.  I was able to take in around 2400 calories, which was actually a little more than I needed.  I probably should have just gone with straight water every third bottle…..something I’ll keep tweaking.  I was also taking about 35 oz of water in per hour which is a major victory for me.  Based on my weight loss for the ride, this was still a little low.  But (not to be gross) based on my bladder, I probably need to go a little lighter in the beginning and drink more as the day wears on instead of using an “even throughout” strategy. 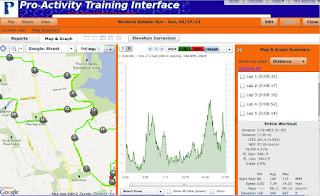 Today I backed up the century ride with an absolute MONSTER run.  18 miles of hills. I hooked up with a few guys who are always up for a long run…..but I don’t think they were really on board with what I had in mind.  One of them was targeting 12 miles and the other said he’d be up for 14……which is what my pre-run mapping said it would be.  I did give fair warning that I was going for hill work, but it turned out to be closer to 8 than 7 at the turn, which put us at 16 for the day.  I stretched it out to 18 (my big goal for the day) and felt surprisingly well…..but this was a big ask and I owe them one for staying with me.  Pace was solid at 8:10 with roughly 3400 feet of climbing…..so a successful day and very happy to have one of my “long runs” done with.


WHERE FROM HERE?
With 2 weeks out from my final test (70.3 Providence) before Ironman, I’ll have a big week this wek and then a little less the following – so it’ll be about big bike miles, intense running and quality sessions in the pool.


The pool early in the week to give my legs a little break from the bigger miles on the run will be welcomed and the timing is good to start working higher intensity into the equation (more track work), which cuts back on the duration some.  Push-recover-push-recover.


The bike volume continues to be important and I need to try to get over 200 miles for the week. If I can get another 100 miler in on the weekend I will, probably with a more substantial brick component b/c the long run this week won’t be so terribly long…..but I’ll be up against summer kid activities – so finding the time won’t be easy.