#78: I love the smell of neoprene in the mornin’

This week was the official start of the racing season for me and it turned out alright, I think…..not perfect, but I think it was the right approach in general.  I toned down the training some because I wanted to get a good gauge of my race-fitness and I was feeling a little more run-down that I would like…..so I defaulted to listening to my body.  That coupled with the continued hectic nature of my non-training-life (is there such a thing?) and it was wise for me to not over-do. 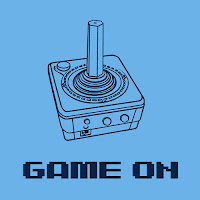 The alright part (as mentioned above) was that I placed 35 overall, besting 8 of the racers in the elite wave in the 2012 running of the JerseyMan race, a local “plus-sized” sprint (I’m calling it a “plus sized” b/c it was a little bit longer than a typical sprint @ .47 mi swim + 12 mi bike + 3.1 mi run) at .6 mi swim + 20 mi bike + 4 mi run which earned me 5th in my age group and the “yokel” award (i.e. first from the host-county to cross).
The I think part was because if I hadn’t monitored my own splits, I’m pretty sure I wouldn’t have any idea how I did beyond my total time of 1:43:36.2, which would be kind of tough to judge b/c my goal going in was to show solid swim improvement and transition well but beyond that just go with how I felt.
My current “official” results are showing:
My watch, which I was close on (let the bike split inadvertently run a bit into transition-2 maybe 10 sec) had the following read-out:
Overall, it’s about what I had hoped for from a time perspective and I got the major parts in place (swim pace improved considerably, transitions good), but I still haven’t figured out how to get the swim start right.  I went out WAY strong and had to back off a ton to get into a rhythm.  I was a little bit stronger on the run than I expected (PSYCHED that I was getting stronger mile by mile, but have no idea how long that would have lasted), but it was a little less than I was looking for on the bike, although in fairness, I probably lost 10-15 seconds when I dropped my Garmin within 100 yards of leaving T1 – DOH!).  Nutrition at this distance is basically a no-factor, and although it got warm, it wasn’t really long enough to be a real heat-test.
WHERE FROM HERE?
This week HAS TO be a bigger bike volume week.  It’s supposed to be my down week, but with a little backing-off for race week, I should be ready to increase the volume.  Shooting for some where b/t 150 and 175 miles.  Need to do a long-run if I can fit it in, but that’s secondary to the bike miles and could wait until next week if needed.  Going to keep the swim sessions shorter and start building up the intensity some.
Got a couple weeks before my next race (Oly-distance on Jun-3 in PA) so need to get a couple of good build weeks in before then.
1 down, 3 to go,
Mike E.