#70 Get out of my head Mark Cuban, this is Triathlon not Shark Tank 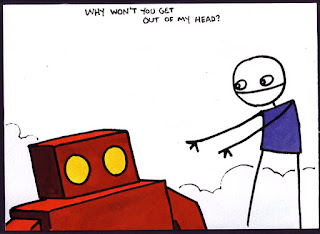 I’ve mentioned to people before that I’m pretty sure my life is the basis of the movie The Truman Show where the star character is the unwitting plot of a reality show that everyone else is playing a part for viewers in TV Land…..the birth of reality TV except the star doesn’t know it….


There have been so many weird coincidences in my life that I’m pretty sure it’s a big script and I’m just playing a part……I guess somewhere in the universe if there’s a master plan it’s not that different….. But, I’m starting to think that Mark Cuban is in on the plan….the guy is popping up in front of me everywhere lately…..Last week I watched part of “Shark Tank” for the first time….it’s a show right up my alley…..which is strange b/c it’s a show about entrepreneurialism, venture capitalists, etc, stuff that I’m interested in…..but I’ve never paid much attention…..I randomly caught a little bit of it and really liked it……two days later I read THIS BLOG POST authored by Cuban, which was re-posted by Daniel Pink, (an author I really like) which pretty much speaks to my view of the world:


“Time is the most valuable asset you don’t own. You may or may not realize it yet, but how you use or don’t use your time is going to be the best indication of where your future is going to take you.”

And then ends with a simple idea:
“Don’t follow your passions, follow your effort. It will lead you to your passions and to success, however you define it.”
The sound of resonance:
I think this is what The Red-iculous Effort is all about really…..about working really hard to achieve something and that NOT in-spite of, but rather BECAUSE OF the hard work, it becomes enjoyable and almost a part of you……and that grows into a passion…..and not necessarily in the reverse order.  I’m reserving judgement some b/c the guy definitely has an arrogance that doesn’t usually draw me in (maybe b/c I feel like people mistake my own passion for arrogance, one of those things you’d like to change about yourself)…..but, on the flip side, despite the fact that he owns an NBA team as well as a handful of other big businesses and is a TV personality viewed by millions each week, I absolutely love the fact that his Twitter Description is simply “Entrepreneur”.  Love it.  Might even have to read his book.
So back to this week’s effort?
It was a good training week….not a great one….but a good one.  Still trying to find a way to string it all together, but it’s getting there.  My focus was on the bike this week and my knees are testifying to the fact that it was a success.  Secondary to the bike miles was to continue nudging the L heel along and not losing too much ground on the swim.  Generally speaking, mission accomplished:
Overall I was tired by the end of this week….with legs that are teetering on the edge of “too much”…..just about right b/c this coming week is a down week.  Need to throw some testing in, but overall, it’s time to drop it down a bit before resuming the increase. 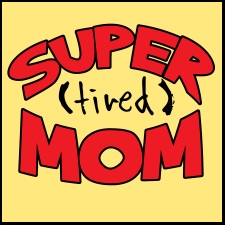 When it comes to mindset I’m feeling pretty good.  It’s busy for sure, and life’s little juggling act takes its toll….but I’m still finding myself wanting to increase training toward the goal….which for me is a good sign, no burnout at this point…..
And (sooooo thankfully) Super-Linds has my back which makes it all doable.  I think her blog this week pretty much captures what an enormous ask this little hobby of mine is….I’m a lucky guy for sure.
So with +/- 4 months to go I think I’m on track.  The formula at this point is to keep cranking up the volume but retain the quality and intensity without going over and breaking down.  Simple enough right?
Movin’ forward,
Mike E.