In general, the formula for me to get to Kona shouldn’t be that complex:  get stronger at all three sports, learn the game, stay focused and be consistent over the long term. No doubt, over the last 30-45 days, the consistency has taken a serious hit.  Reasons for this were legit; a lot going on…..but if I’m really going to get there, I needed to get things right.  Last week was clearly the mental lift that I needed to get back on track……and I’ve got the cranky body to prove it…..definitely sore from being back in the saddle.


Doing the same thing over and over again and expecting different results? 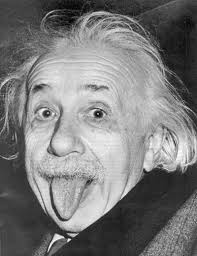 My R hip flexor (the muscle group that helps you to lift in a “marching” motion) has been a little suspect for a while now (I remember talking w/my sister Amy about it in July before NJ State Tri); without a doubt the result of overdoing at one point and some strain.  Mild and tender now and again but never really impeding function…..the PERFECT ache to just ignore if you are someone who thinks toughness is a virtue…..sometimes, this strategy pays off for sure….the body often knows what to do…..but many times…..it’s just stupidity…..or insanity if you think Einstein’s definition is accurate…..and thus, after realizing that I am indeed an insane dumbass at times…..I decided to not only get training back on track, but get after this R hip.

Put your money where your mouth is!
My strategy was simple:  FIRST breakdown and replace my running shoes.  If you’ve been following for a while, you KNOW that I’m pretty bad about this…..”what’s a few more miles?”…..well, after scrolling through my blogs, I finally found the entry where I recorded my new pair of shoes…..ooops……February 20th.  Generally speaking 7 months for a pair of sneakers wouldn’t be that bad……however that was just the beginning of the more intense phases of Ironman Training and I tacked on an Olympic Triathlon, a 1/2 marathon and a Sprint Duathlon and the training that goes with.  If I was averaging 20 miles per week (which is probably a bit light considering there were weeks where 20 miles was a single run)…..I was well past the limit.  So I’m a little lighter in the wallet, but hopefully softer on the joints too.


NEXT it was time to really put some effort into rehab and recovery.  Stretch + massage + inflammation control eventually leading to strengthening and normalcy (defined loosely).  So after some foam-rolling and some stretching, my wonderful wife’s willingness to massage the hip (I’m sure there was nooo satisfaction in my squirming in pain as we found tenderpoint after tenderpoint), and some icing.


LAST or should I say last resort, since I don’t plan on implementing this unless the others are not helpful…..is to cut back on activity.


Hangin’ with the big dogs and finding my training mojo


After my brick on gorgeous (last) Sunday, I committed myself to a solid training week, no matter what; I was going to still focus on the running miles as I still have a marathon in my brain this year (although I may switch plans from Atlantic City to Rehoboth Beach b/c it works out better timing-wise), but I wanted to get at least 1 session on the bike and 1 in the pool.

I realized how far out of “habit” the more serious training has become for me.