#46: This too shall pass…..after every challenge, a new beginning 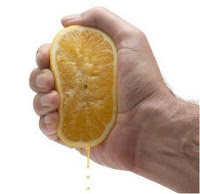 Now that it’s almost 10P, I guess I should sit down long enough to write my blog; squeeze it in……a parallel to my life right now.  It’s been another crazy-busy week, arguably the busiest, which all but negated any training I had planned to do. This is a bummer since I’ve still got my sights set on a marathon (10/15?) this fall and I can sort of feel my goals slipping away due to the lack of training. Also, this weekend was the Skylands Sprint Triathlon & Duathlon, which although I’ve never competed in, was something I wanted to do well in because it’s a local race and I wanted to wear the PACER Banner Proud.  So much so that I started to talk myself out of racing somewhere around Thursday when things were really getting busy. They were good excuses:

…..but they were excuses nonetheless; so after a little OhFar Planning meeting banter set me straight, I was back to a 50/50 on whether to race…..then it turned out the girls’ tourney on Saturday was cancelled……so much more could be done on the house without a midday break…..60/40……then Sunday tourney was cancelled too (rain+rain+rain = PITA), but this left Sunday wide-open…..70/30 (it was if someone was intervening) and then the topper……the water conditions were not up to par so the Triathlon was now a Duathlon (Run-Bike-Run)…..something that I’ve never tried, but given my relative success on the bike and run, but my total lack of competitiveness on the swim, should’ve been a good thing; so pretty much every one of my excuses was eliminated……and the race was on.

Got to the race around 7A and registered……smaller than usual field……but still enough racers (200-250) to have fun on the course.  Decided to register for the official Duathlon (5K run + 15-ish mile ride + 5K run) rather than the Triathlon (i.e. short Du: 1.5K run + 15-ish mile ride + 5K run) b/c it was a little longer and this would help me justify it as a training day.  We got situated and the race started.  One guy charged out hard and I went out solid which put me in second place for most of the first leg of the run.  A relay-member passed me about 1/2 through and another guy with a strong stride (eventual winner) passed me around 3/4 through.  I really wanted to have a good transition, and I think I did; hit the bike and pushed up a couple of pretty strong climbs; got through T2 pretty fast and went out for the second 5K leg feeling decent……not too strong…..but not bad either.  I got to the 2K mark and saw the leader, which meant he had already made the turn and was well ahead of me…..no charging him down……and a bit further saw the original leader who was now running second…….if I had enough to sprint the last 2.5K I probably could have caught him, but it’d be an all out effort.  Damn….if I had only been consistent with my training lately……anyway, I held on for the 3rd, which was pretty cool to get……it even came with a cash prize ($50 woo-hoo), however I guess this makes me ineligible for those college basketball teams that keep showing up at the house.
It turned out to be a great showing for PACER too.  My teammate Chris Bush and his daughter Cassy each had strong races too…..Chris got some hardware as well by placing 1st in the Hunterdon County Resident bracket.  A great start of the week.
And so here I sit on September 11th (a day that commemorates 10 years of what could easily be remembered as one of the most atrocious acts imaginable and for sadness and challenges that it brought) and instead of being down, I’m feeling pretty darn good…..and I’m happy about it!

And so I realize that no matter how tragic and raw the memories of that day are…..i am thankful they are memories…..United we can STILL do amazing things and be an amazing inspiration as the world’s beacon of freedom……we were cut pretty badly that day and we bled as they attacked our institutions…..but they didn’t crush our spirit…..and as I look at the Red, White and Blue t-shirt that commemorated those events (and today’s race) sitting on my table I think:
Here’s to the new start that this day can represent for all of us,
Mike E.