#44 First Chaos and now Acts of God…..limping into Redemption-Tour stop 3?

If you read last week’s post (THANKS BTW, I’ve now passed the 3000 hit mark, something I never thought my “stories” would be interesting enough to have happen) you know I was battling through some (self-inflicted?) chaos.  Those few things thrown in the mix to keep life interesting.  Not the end of the world…..just another little bit of excitement…..who can’t handle that right?

Back in the groove? Maybe a little deeper than a “groove” 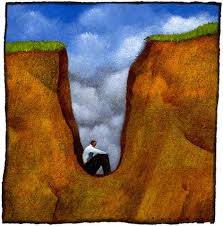 The plan was to bounce back with a strong training week…. “Peak Week” before the Redemption tour heads south for stop 3….. Virginia Beach Rock-n-Roll 1/2 Marathon on September 4th.

Monday: started out strong, I ran a challenging long run of unknown distance (took some trails that I wasn’t super familiar with and wasn’t wearing my GPS watch, but I’m guessing it was around 16 or 17 miles).

Tuesday: I got a good 45 cycling session

Thursday? Well, the wheels started to fall off.  Needed to clean the house (which looks like a hazard-zone at this point) enough to show a couple of the new tenants.
Friday?  Well, turns out there was this little rain storm heading up the coast and so it was time to prepare for a hurricane.

Saturday?  After an AM trip to the storage unit to drop off Friday night’s packed-stuff, it was time to lead a Speed & Agility class for the (almost “decade” old kid & her soccer team) and then more “getting ready” for Irene.

Sunday?  Well, after assessing Irene’s damage, thought things were going to be OK…..and then the power went out…..Sunday was touch & go trying to save BaseCamp31 items that were temperature sensitive……and here we are…..peak-week.

So where does this leave us compared to 2009?

The last time I ran this race, I had a very specific goal……and I blew it.  Off the opening gun I didn’t feel super comfortable, got caught behind some slower folks coming out of the corral and, in anticipation of the heat, I hydrated just a little too much.  Bio-breaks on the fly, although typically the domain of ultra-distance athletes only, are a skill that I just haven’t mastered.  Although a friend missed a Ironman Kona-Slot by stopping to “go” which would be devastating to me, I’ve not yet had to worry about being seconds away from a victory and thus the running-while-going topic will remain in the “for another blog” queue.  Aaaaaanyway….having suppressed the inner competitor who was telling me: “just go man”, I stopped at mile 4.  This was the beginning of the end for my goal-pace and by mile 6 there was just no getting back on track.  I let my pace slow and enjoyed the rest of the race.  Fast forward 2 years and a few more races (handful of 5K’s, a 10K,  a +/-15K, Oly-dist Tri x2, 1/2 Iron-dist Tri and one Iron-tri) and we’re here, looking closely at Rock-n-Roll VA Beach.
The last time I ran this race, I trained hard:  did track workouts, ran hard, had a very specific schedule I followed.  This year, well, not exactly the same disciplined schedule.  I’ve put the miles in…..but they have been a whole lot less organized.  I’ve done some higher-intensity workouts, tempos, fartleks, speedwork, etc, but not nearly as specific.  I’ve done recovery…..but mostly on a bike or in a pool.  All of this turns out to be a double edged sword.  On the one hand, I know I’m in far better aerobic condition than in 2009 when I did the race the first time……the cumulative effect of now 3 years of generally consistent training is starting to work in my favor and the undoubted step-up in training volume that went with my “Tri-conversion”.  On the other hand, I know I haven’t put the effort into speed-work; in distance race, but not an “ultra-distance” race i.e. (less than 4 hours duration), having that higher end speed built on top of a strong aerobic engine is what really works…..and so I’m feeling like there are some definite unknowns.
One more variable to consider: Not only is it another good benchmark for me to measure myself against, this year the race falls on child #1’s birthday…..and she’ll officially be (in her words) “A DECADE OLD”, which of course reminds me that I’ve been a Dad for TEN YEARS…..yikes.  Nothing quite like the loud bell of “look how old you are” ringing in your ear to give you that extra push.

And so…..we shall see.  The best part of having a very relaxed attitude toward training is that, by default, you have a relaxed attitude toward racing……it’ll be what it’ll be.  I expect it to be better than last time……probably not as good as it could be…..but better…..it’s going to come down to a good start, feeling good and then building some confidence along the way.  When I feel good and start believing I always do better……and so we’ll see.  So I may not be exactly where I want to be in training…..but I’ll be ready to REDEEM THYSELF in Virginia Beach.

Reflection and a dose of reality
In the grand-scheme Irene turned out to be a PITA for me…..but it could’ve been much much worse.  With a death toll in NJ up to 7, millions of dollars in damaged homes and loss and hundreds of thousands struggling without power, I am thankful that she was only a PITA.

My thoughts and prayers go out to those who were more severely impacted and many thanks to the folks working very hard to restore what was lost.  A special good-luck and thanks to our utility clients who haven’t slept much, have barely seen their families and are working around the clock to get NY-NJ-PA back “in-lights”.

You’ll be stronger for it,