#43: The best part about CHAOS 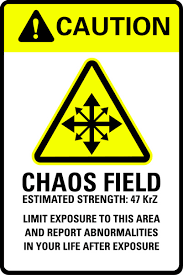 OK, so I’m not yet at COMPLETE disorder and confusion (it’s damn close at times and some might argue otherwise)…….but definition #2 seems like a cozy old sweater lately, starting to fit quite nicely.
I often wonder what people on the “outside” of my life looking in must think.  “That guy is CRAZY” is one theory that often comes to mind……hopefully in the crazy “innocently nutty” and not crazy “psycho killer” sort of way……As painfully noted by my tardiness in posting (only the second time I’m late in my 43 episodes so far, so you KNOW things are bonkers)…..This past week has been just plain silly.  It started with my attempt to make-up for my missed long-run……
If you read last week’s post, you know that I was out of town due to my Granddad’s passing and after some travel delays due to weather, my “Sunday Long” was out.  So as any insane person would understand, I was elated to find out that hidden amongst the “Monday’s” was going to be a couple hour block I could sacrifice to my endurance addiction.  The timing wasn’t perfect, and there was the potential for more rain here and there, but when opportunity knocks….well…..you jump.
I mentioned to Lindsay on my way out the door that I was going to run from BaseCamp31 to the house and then back again which would put me at about 15 miles…..I walked out the door, to the steam bath of rain evaporating from the asphalt.  I had put on a long sleeve wick shirt b/c the last time I had seen the outdoors it was cool.  Oh well…no time….just go.  And I went.
I headed “O’er Hills” (not exactly the race course for 10/8 **REGISTER HERE or HERE**) and took a R and got into a solid rhythm.  It always feels great to be out around the middle of the day for me….it’s so uncommon that it feels like I’m stealing back a little of my time.   Kept going and got to the place I was going to turn L and saw a detour sign….straight it is. At this point I was somewhere around 6 miles out and I started to hear some thunder…..oh a fitting metaphor……it was in the distance so being the slave to my goal of at least 14 miles I pushed on…..more rumbling….a little closer now……got to mile 7.5-ish and turned around…..more rumbling and a few drops……oh well, so I’m going to get a little wet…..it’ll cool me down right?  Uh, yeah.  Another 1/2 mile and BLAAAAM the sky split open and buckets of rain fell…..and fell….and fell….the slosh of my feet in my shoes as I ran through a steady stream was distracting and so my running still went strong…..but not the type of conditions you want to be 5-6 miles away from home in……trudged along and finally got back to BaseCamp31……to a chorus of “you are an idiot, we were looking for you, where were you”.
I figured it was nature’s way of getting me over some tough emotions……little did I know the real storm had yet to begin…..you see, as I’ve been keeping quiet lately, we are in the midst of taking on another really cool project at Pro-Activity; this time it relates squarely in the Endurance-space……phase I of the project is the O’er Hills & Far Away Race which is a super-cool Old School style XC Race which is going to bring in some really phenomenal athletes to keep an eye on as well as a “Mortals Race”, for those of us who can’t quite qualify for the elite race……phase II is a close supporting relationship with the NJNYTC, a club of running superstars with a subset who are looking to make Hunterdon County their home…..more specifically, my home their home.  And phase III?  Oh….we can’t talk about phase III…..but should we get to phase III….it’s going to be AWESOME! What was I saying about when opportunity knocks?
What this means for me (and family) specifically is that we accelerate our life plans a bit (esp those that relate to moving to a house that’s closer to what we need from a size/space perspective).  What it means is…..move out…..yesterday……b/c the tenants are here……

The chaotic part is not that we had to pack up and move out (we have an unbelievable support system including parents who gladly take in wayward children and grandchildren and a couple of brothers that have a knack for moving stuff), nor is it the piles and piles of stuff/other-fitting-term that we seem to have accumulated……the chaotic part is that it just so happens to be during one of the busiest times of our already certifiable lives:
And so…..Behavior so unpredictable as to appear random, owing to great sensitivity to small changes in conditions……is getting to be the norm…..many many small changes in conditions.
The best part about chaos?  It’s MY chaos……and it never lasts forever.
Keep running at an incredible rate,
Mike E.