#40: Success is so relative…..and that’s what keeps us in the game

This week was a good one although a little unusual for me.  Coming off a solid effort at NJ State Oly, I felt good, but not great about my performance there.  I tend to be from that “your own toughest critic” mentality a lot of the time, and so every time I didn’t do what it takes to be first (which is every time in this relatively new world of endurance sports for me) I find myself thinking through all of the different what-if scenarios that could’ve been.  I seem to have a few reoccurring post what-if conclusions:
But even though this is an energy consuming post-race ritual, it’s stimulating as well…..it helps me to refocus my efforts and puts more gas in the tank for the next round of hard training.
So let’s get cracking…..but not yet. 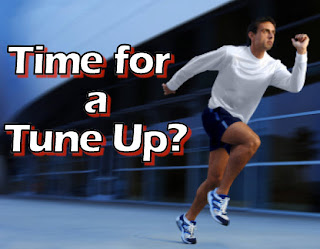 1. Need to get some new (speedy) shoes…….my last pair of brooks are pretty much obliterated making it very clear that I am a lateral-midfoot striker.  I’m torn here on whether I should continue to evolve toward the no-sock triathlon style shoes or stick with trainers.  Given my need to shave time off in transition which was so painfully obvious last weekend, learning to go sockless may be a very good, albeit stinky, idea
2. Need to put a training plan down on paper…..or in this case on the training interface we use through www.pro-activity.com …..of course, like most things, if it’s written down, I’ll stick to it more closely.  I’m thinking my build weeks will be 1 long, 1 tempo and 1 speed workout with bikes and swims mixed in for recovery and cross training.  I’m thinking 20-30 miles running per week and another 2-5 hours of cross-training and recovery workouts…..but that’s just high level.
Roll up the sleeves kids, it’s time to get to work….
Mike E.