#19: Intensity, simulations, snot-rockets and some very tight fitting clothes that don’t match in the least…..it was a good week

Buckle up kids, this is where the ride gets bumpy…..just before we settle in for a smooth landing I hope….after the base training period(s) where things are slow and steady and the build training where we start pushing it some, comes a little self-torture called “the race simulation”…..where, for some reason, we try to acclimate (somewhat) to what the race is going to be like…..and if this week was any real indication of what the race is going to be like, Ironman St. George will live up to it billing as the most punishing event I’ve ever attempted.


“Thank you sir, may I have another?”

The goal this week was more intensity than volume and included a long (near race-pace) swim, a grueling 12 mile hill-running session (with a few 1/2 mile repeats @ 7% grade), some functional threshold workouts on the bike and a few strength training sessions.  It was capped off by a 50/10+ brick (50 miles +/- race output on bike followed by 11 miles of race-sim running)….. 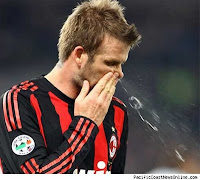 If you’ve been reading these since the beginning (thanks I’m nearing 900, with the goal of 1000 reads), you know that I mentioned I get a “change of seasons” cold.  It’s like clockwork.  I never had “seasonal allergies” growing up, but either I’m developing them, or my body just doesn’t transition seasons well……but every year I get a cold from fall to winter and from winter to spring.  I’m not complaining, with the various ailments that seem to drip from my children during the winter (especially this winter) 2 colds is nothing……but I thought everyone would be happy to hear that spring is here “officially”; I’m far more accurate than that darned woodchuck.  Friday afternoon I could feel it coming on, which meant it was a cold going into the race simulation.  Awesome….who needs to be able to breathe during this stuff anyway?


In case you don’t know the proper technique, the picture above was taken from a blog that explains “proper” snot-rocket technique, etiquette and more.  Whew!  Glad I’m doing that right.


ANYWAY….
To really make it like race day, I upped my tire press-on force by about 1/3rd (which makes things harder than they should be) on the trainer and I tried to work a little harder on the bike than is comfortable so my legs would be really tired on the run.  I also picked a hilly run course that I could do loops on (since race day is a bunch of hilly loops).  The good news is, coming off the bike I actually felt really strong for up to about 5.5 miles.  The bad news is, it didn’t last.  I somehow found a way to simulate every part of the race, perhaps a little too close to the mark.  At about mile 7.5 things just started hurting.  My legs were really tired, my hips & knees were aching and everything got really really hard.  WHAT? THE WALL?  DURING A TRAINING RUN?  Yes, that’s about the best way I can describe it…..it was like mile 18 in the first 2 marathons…..things unraveling quickly.  I even had the mental wrestling matching going in my head:


“you have to take that last gel, you need the sugar”,


By mile 9.5 I was really in the pain-cave.  Everything was hurting, but most of all, I was upset with what seemed (at the time) like a house of cards.  I made it home and really, pace-wise wasn’t that far off what I expect to be doing on race day (about 10 sec per mile off reality, 30 seconds off stretch-goal).  I started to chill-down very quickly and got into a very hot shower (this should’ve been a sign to me).  I got out of the shower and stretched a little bit on some really tired & sore legs……and then, when the rest of the fuel was spent, my stomach growled for what seemed like 5 minutes but all I wanted to do was sleep (another sign).  Most of the time I’m not hungry after training, I sort of force myself to eat and so I looked at my training stats……oops.


Like an IDIOT I miscalculated my running fuel needs by at minimum 1/2….hence the miserable last few miles.  I’m not sure how I did this but I have been to the mountain top and I can tell you, the grass is not greener.  I forced down some protein & chocolate soy-milk and laid down for 15 minutes.  When I got up I felt decent, but it took at least 2 hours before I was feeling more like myself……and if that wasn’t enough to make me feel like a total fool….let’s just say I won’t be winning any style points out in Utah!

How are we going to spot Mike on race day?  Quick answer – look for the ugliest outfit on the course.


I decided it would be the perfect workout to try using my new compression garments which I’m testing for a new garment company called saveoncompression.com.  For those that haven’t heard, compression gear is all the rage in helping improve circulation during intense endurance exercise.  Some research even says that >10% performance improvement has been achieved by some folks…..I’ll take it.  The guys from save-on, sent me 2 pairs (a performance grade and a recovery version), both were pretty comfortable on first trial, but more on that when I do a more detailed review.


In addition, I figured now was as good a time as any to try out the DeSoto Forza Shorts I purchased for IMSG.  DeSoto is a triathlon gear brand founded by former triathlete Emilio De Soto.  I’m a fan of his wetsuit design, so I figured I’d go with the shorts too……the only problem, besides that the shorts are a bit “lower cut” than I had anticipated (if the sweat and stink don’t work, I’m banking on the low-cut to turn some heads out there), is that the shorts are black & gray-ish, the compression sleeves are bright blue w/red and some grey stiching (which I opted to wear in reverse) and my running shoes are white with bright yellow accents.  Throw in my racing jersey (blue, black and white), my bike (red and silver) and my really goofy looking, but fast aero helmet (white) and you have one handsome triathlete.  We joke about my kids who seem to have a “Punky Brewster” style flair……and so I feel right at home.  Good thing it’s not a style contest…..is it?  is it?


And with a little more than 4 weeks left….
I’m on a little Rest & Recovery for the week and it couldn’t come at a better time, my body needs it.  Need to focus on getting over the cold (which is thankfully on it’s way out), getting some quality rest, some stretching to re-balance a little and some light stuff before 2 weeks of “Peak Training” and then what’s done is done…..me versus the most punishing event I’ve ever done.


This has been a work of Art. Excelsior  (Art Roberts)