#15: Dust yourself off and get back in the saddle 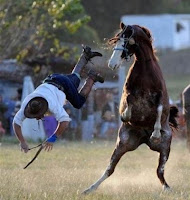 I set out this week to do a little bit of a redeem.  If you read last week’s post, you know that the big Saturday that was to be, well, wasn’t.  Bit of an “electrolyte induced mechanical failure” (yes, I sweat my bike computer to death) followed by a “digestion impaired gastrointestinal failure”.  No making it sound anything but awful, it was a horrible cap to an otherwise good training week.

Here’s what went wrong:
Report from the gut:
Nutrition went much better this week.  I’m pretty lean at this point and it’s about time I do another food recall to see where I’m really at from an intake standpoint.  I’m a little concerned I’m not getting enough protein…..some calculations have a suggested 135 grams per day……and I doubt I’m getting that.  I continue to get the comments from loved ones about how skinny I’m looking and I even noticed my face is starting to look a little more narrow than I’ve seen in a while….not emaciated wrestler cutting weight look, but certainly no round cheeks.  This may not be entirely a good thing……they say the water was crazy-cold at last year’s IM St George so some extra insulation might not be a bad thing.
On Saturday, decided to eliminate the peanut butter sandwiches……to cut back on the fat and bulk so as not to replay the gut-wrenching run.  So it was powerbars and bananas most of the way.  Seems to have worked…..nothing significant to report except I probably will have to start stationing water on my running route somewhere.  It was 60 degrees outside and felt SOOOO good not to have to carry a watter bottle and to only be in shorts and a wick-tee…..I could’ve gone longer if I had some hydration along the way.
Recovery:
Took today COMPLETELY off.  It was a hard week of training from an intensity standpoint, and my body needed it. AND IT FELT GOOD.  About the most physical thing I did today was to type this out. AND IT FELT GOOD.
Equipment:
Put in my wetsuit rental reservation for the race – really liked the 2 piece DeSoto T1 that I used last year, but I’ve heard they’re going to be illegal after 2013 (too much padding) which guarantees I won’t buy one…..BUT since it’s not 2013 and these can be rented…..I’m all for it.

Also bought some additional gear for my bike so I can carry enough hydration and other necessary stuff.  Since the weather is almost ready to break, and I can’t wait to get on actual roads, got to be ready.
This leaves me really only one other race-specific item to rent/buy….some really fast wheels…..and since they are insanely expensive…..it’s rental all the way.  The trouble is, the more “aero” the wheel (which generally means the more depth is has), the more the crosswinds, which are pretty rough I’m told, will push you around.  I’m leaning toward a Zipp 404 on the front and an 808 on the back……but I’m going to see if I can get some advice on this.
Next week:
Calendar says I’m on a recovery week……which would be a good thing.  But I still have some work to do so I’m going with a partial recovery week……need to focus on the bike and run this week and just maintain the swim form for a week.  Will emphasize volume over intensity b/c the week after next starts “build”.  I’ll also have to find a way to get a bike time trial done.
The bottom line so far?  There is A LOT to think about to do this right.  I think just about anyone could go out with the goal of completing….but when taking to the next level of living up to you’re own potential and doing something truly extraordinary, there are a lot of things that have to go right and just like everything else, it’s a game of fine details.
I feel like I’m working through them and I’ll get there…..I’m not in crunch mode yet, but with only 8 weeks until race day, it’ll be here before I know it.
This is not goodbye, this is just goodnight (Alan Freed)
Mike E.