#11 get tough cupcake……no one said this was easy!

I took the one less traveled by, and that has made all the difference. 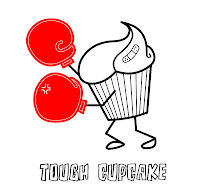 To just “fit in” the 15-17 hours per week of dedicated training time (not to mention the prep, recovery, fuel, etc) is a serious task…..one that is forever complicated by those other little details in life that seem to keep popping up (full time job, a busy spouse, a trio of active kids, etc).   Sometimes I have to remind myself of a very simple, yet incredibly powerful statement:

Although much more eloquently stated in The Road Less Traveled (the book, not the Frost Poem): No one said it would be easy, it’s not going to get easy anytime soon and you wouldn’t value it as much if it were……once you get over and accept that Life is indeed hard (for you and EVERYONE ELSE), you’ll stop crying about it and just get on with “doing the hard stuff” already…..then AND ONLY THEN will things get easier.


Last week was one of those weeks.  My body was sore and tired and my mind was anything but focused.  My training volume was down some, the quality of my workouts were good, but not great……is this really worth the effort?


Sure, dips in motivation are to be expected, which is why I built a recovery week into my training plan, but this had a lot of the features of burnout…..so after my frazzled ramblings last week I decided to try to dust myself off and start rolling my boulder up the hill again.  And ultimately, I’m glad I did.


Training: This week, not only did I get around 13 hours of solid training into another hectic week (15-17 would’ve been ideal, but it was hectic) but I made some solid progress toward the end-goal.

Nutrition:  Saturday’s workout was my long one…..4.25 hour bike bricked with .75 run.  I consumed an estimated 1800 calories, which included nearly 120oz (a gallon is 128 for reference) of fluid, pretty good I thought……somehow I still managed to lose 3.5 lbs during the workout.  Mostly fluid loss of course (even though I probably burned somewhere around 2700 calories)….but I still need to work on this…..it’s way too much loss in one workout and in general, I should be striving for caloric neutral at this point.  Otherwise, nutrition has been decent.


Mindset: As mentioned above was feeling a little rattled and the little nicks & bumps I’m sustaining, the latest being the back of the R knee (popliteus, hamstrings & gastroc) hasn’t been a huge help here.  Thankfully, it is improving…….and although my brain knows that the volume of training definitely lends itself to the ebb and flow of over-training boo-boos, it’s pretty annoying.  Overall though, ready to take another step forward.