#9: today’s beating was sponsored by the letter “G”

To the onlooker, it probably seems that the ultradistance thing is mostly a physical thing….but I think most people who have completed something which is considered “long distance” such as marathon or “ultra distance” (race that takes >4 hours even by elites) would say that the physical aspects are only part of what makes it a challenge.


For me, the greater challenge (and draw, I guess) is the mental game, the discipline it takes to come back for more when your instinct tells you to stop.  How is it done?


Your mindset, i.e. “where your head is at” can be critical to success.  If you’ve ever done anything “hard” in life, you’ve experienced this maybe without realizing it…..when you’re pessimistic or unsure of yourself everything seems harder and life’s little pains seem to sting that much more. On days when you’re mind is right, things seem to just “flow” in that Mr. Bluebird on my shoulder kind of way.


Having success often does increase confidence with the specific task at hand…….but what the research has shown is that broad success is not based on some fixed level of natural talent but rather with hard work which helps to push through apparent “talent barriers”.  You know the “late bloomer” who eventually passed everyone by?  Well there is a LOT to this…..but just understand
It’s all about
GROWTH
(get it?  Letter G?) 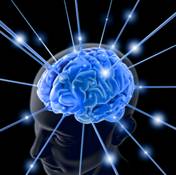 In other words, human potential is not an expression of a fixed “have or have not” value or some innate talent, but that it can be pushed, expanded and grown into……  One of the leading researchers on the subject, Carol Dweck, has shown that not only can you determine which of two key mindsets a person belongs to (growth mindset or fixed mindset, which strongly predicts eventual success even at early ages), but perhaps most importantly, that by changing “where your head is at”, which can actually be done, you can greatly change your chances (good or bad). The effect is immediate and reproducible.  THIS IS HUGE!
_________________________________________

So after that incredibly long intro, I’m hoping the title this week wasn’t misleading, I’m not referring to the kind of rough-up Ralphie administers to Scut Farkus in A Christmas Story (yup, it was “Scut”)…..I’m not even referring to the almighty “hurts doughnut” that big brothers everywhere make a living on…..(video of proper technique below)…..what I’m talking about here is a slice of the good stuff, humble pie, that when served up to a person with the Growth mindset (as Dweck calls it) can be the springboard to even better performance, because they’ll see it as a challenge and eventually overcome it.
So knowing this, one of my objectives during training for the IM, has been to really search out those opportunities to improve….to grow.  In the training world we hear about “breakthrough workouts”……so in a sense, I’m taking this concept and applying it to the mental aspects of my training as well as the physical……and last week, I had my opportunity.
Every once in a while, when putting in my time in the pool, I come across somebody who can really swim.  Do some serious lap swimming and you’ll eventually run across him or her……you know, the type that is moving so fast you’re sure they’re wearing fins…..or have fins for that matter.


At my pool, I’ve only run across 2 or 3 of these folks and one in particular can motor.  In the early part of my training, I’d just chalk it up to me being slow……which was pretty accurate…..but as the months have gone by and my logged hours have crept up, my technique (and subsequently my speed) has improved.  Last Sunday I was in for my long swim and I saw that the speedster was back……all the lanes were taken, so I was going to have to share with somebody……so, knowing I was in for some wake-riding if I jumped in with this guy, I decided to put myself into growth mindset mode and try to figure out how to keep up……..well, it wasn’t pretty.  Thankfully, it wasn’t horrendous either; I didn’t get completely blown out of the water……but I certainly wasn’t keeping up.


After about 45 minutes of school being in session, I decided to take a little break.  Turns out that dolphin-man was wrapping up his workout and so we both found ourselves standing at the end of the lane catching our breath…….I mentioned to him that I enjoyed swimming alongside him, that it was humbling……we chatted a bit and after few minutes it was clear this guy had done some fairly high-level swimming……he complimented me on my front quadrant (the early part of the stroke) and gave me a few helpful hints about opening up my stroke length……none of which would’ve happened had I been so afraid of failing (a hallmark symptom of fixed mindset) that I avoided him or if I had believed it was just an innate talent that he had and I didn’t……and so, off to work I go…..to continue working hard and learning as much as I can as fast as I can so ultimately push my limits upward.


Don’t get me wrong…..it still sucked to get bested…..but to me, figuring it out is the most engaging part…..the benefits of the long-term being so long I guess.
_____________________________
TRAINING RECAP
Most training plans for ultradistance events are built around gradual increases by going 2-3 steps forward and 1 back.  The “one back” allows the body and mind to bounce back a little bit before the next push. For me, this translates into 3 training weeks and 1 recovery week.  This past week was recovery week and it was AWESOME to be able to drop the volume down a little bit…..It actually worked out well b/c I had some traveling to do and knew I wouldn’t get nearly the volume in as the previous weeks.  Turns out I did about 50% (+/- 7 hours).  It’s sort of funny how you acclimate……it still averages to an hour a day, which is more than is typically “advised” (5 hours/wk) for normal people (not claiming normalcy here)……but it felt great to be able to pull back a little…..and now, time to get back to the swing of things.


THE WEEK AHEAD
Need to do some testing this week……not my favorite……but a good time to see what’s what.  Some barriers to it though……my bike is in the shop (now that it’s broken in, having it tightened and tuned) and although my knee seems to be largely out of the woods….I over-did my R calf on last week’s long run…..felt good enough to run 10+ in Austin, but now is sore again……so might make sense to lay low there.


Love thy neighbour, but don’t get caught (Bob Eubanks),